How to reach us

The right address to get at the Congress Center "Alla Sosta dell'Imperatore" is: Str. dei Margeni, 16, 38025 Folgarida (TN),

The train is a handy alternative for getting to Trentino without the worry of motorway traffic and winter snow. You can reach Trento Station using the high-speed Frecciargento, Italo, Deutsche Bahn, and ÖBB trains or the regional and interregional services. Then from here take the Trento-Malé-Mezzana line to Val di Sole, from where there are regular coach links to all the towns.

The Trento Malè Mezzana station is about 200 m from Trento railway station, and this is where you get the narrow-gauge train that connects Trento to the Val di Sole. Its final destination is Mezzana and it stops at all the towns along the way.

A coach service then connects all the main stations on this line with Folgarida town.

FROM BOLOGNA, VERONA AND BRENNERO

A22 Brennero motorway, come off at Trento Nord if arriving from the south, or at San Michele all'Adige if coming from the North.
Follow signs for Cles and Val di Non (Non Valley) along the SS43 and, after Cles, pick up the SS42 and follow signs for Passo del Tonale (the Tonale Pass) and Val di Sole.
A22 Brennero motorway
Freephone number 800 279940 (only available in Italy)

FROM BERGAMO AND BRESCIA

The parking area is nearest the Congress Center.

If you decided to fly here, you can choose one of several airports in Trento's neighbouring provinces, and then use the motorways or railways to reach Val di Sole.

These are the closest airports to Val di Sole: 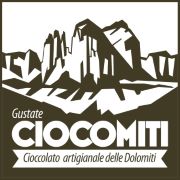