Short Track is the most recent competition to have entered the Mountain Bike World Cup programme in the 2018 season, but it needed little time to win the hearts of athletes and fans alike, with tight races from the first to the last meter.

Fast and sprint races have made the Short Track competitions something more than just a preview of the main XCO events.

During the UCI Mountain Bike World Championships in Val di Sole 2021 (25-29 August), Short Track makes its way in the rainbow program for the first. On Thursday 26 August, on the second day of the event, the greats of the international Mountain Bike are called to a short but intense effort that puts the rainbow jerseys up for grabs for the first time.

The Short Track has a duration of about 20 minutes and is played out on a 1/1,5 km loop, offering exciting battles and rewarding athletes with great sprint at the start and ability to work out of their threshold.

Such as Mathieu Van der Poel, winner of the World Cup Short Track in Val di Sole in 2019 or Brazilian Henrique Avancini, runner-up on that occasion. Similarly, like in every XCO race, Swiss Nino Schurter cannot be cut out of the prediction. In the women's field, all eyes will be on Jolanda Neff and Pauline Ferrand-Prèvot, featherweight Sina Frei, always at ease in this discipline, and the athletic vigor of the 21-year-old Loana Lecomte from France. 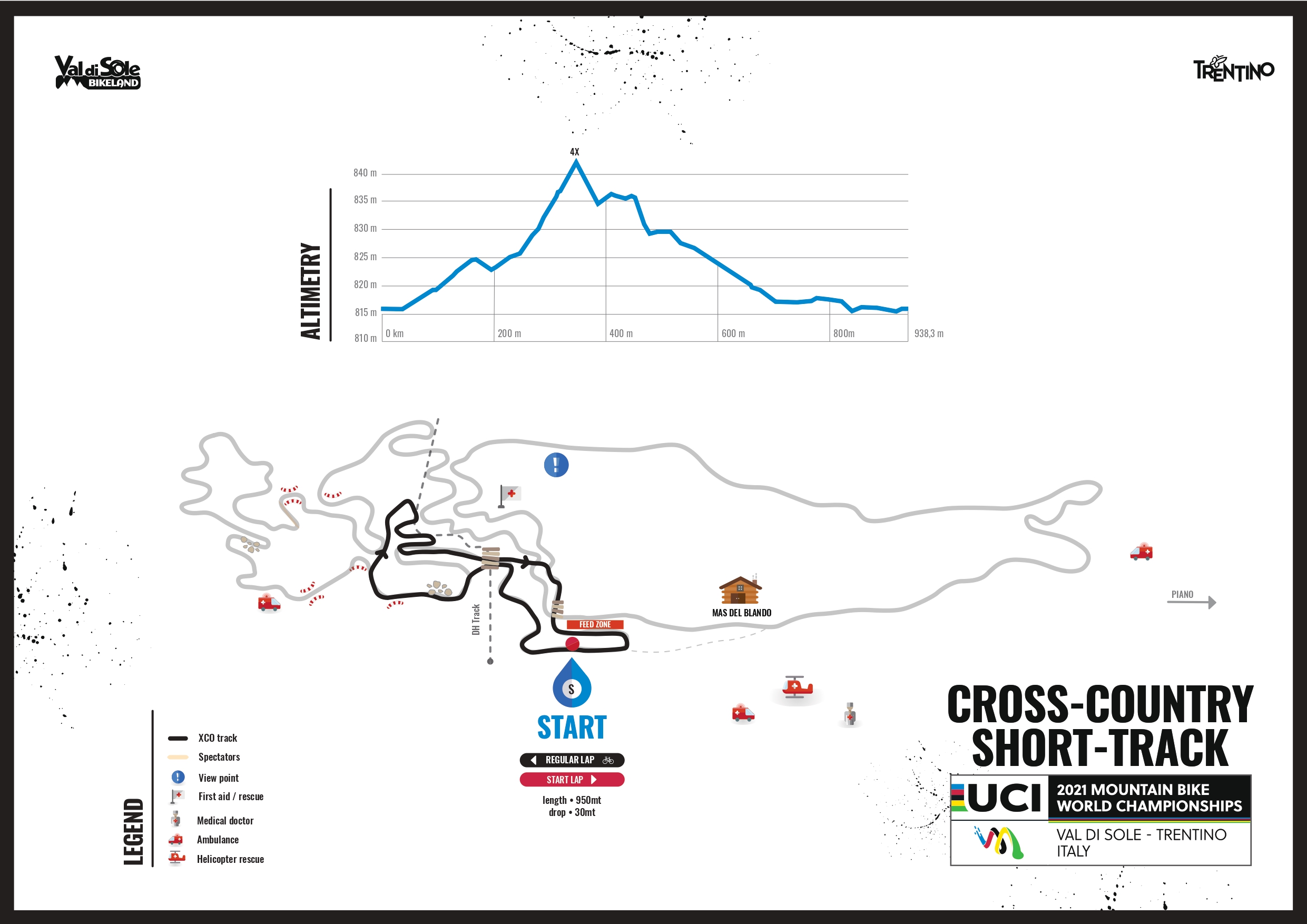