Every sport has that one legendary event that gives the winner everlasting glory, even without an Olympic or World medal as a reward.

The Black Snake celebrated its 20th anniversary in the 2018 season, but its charm remains undiminished. The Blake Snake challenges the laws of gravity and physics, traversing that thin line between love and hate for many DH specialists, as any mistake is costly.

On Sunday, August 29th, Val di Sole Bike Land and the Black Snake host the most important Downhill race of the season and the superstars of the discipline. From Loic Bruni to Greg Minaard, from Loris Vergier to Myriam Nicole, and the two latest winners on this track, Laurie Greenland and Marine Cabirou. Among the competitors, Trentino's  Eleonora Farina also pursues a medal as a consecration of a great career.

An extreme challenge even for the most skilled riders, the track is 2,4km long with 540 meters of elevation loss at an average of 22% and peaking up to 40%. In addition to well-known segments such as The Hell - Nomen Omen, the Red Bull Section and the Val di Sole Jump, the 2018 season saw the debut of the 15-meter Trentino Jump. The final section of the Black Snake is aptly named “The Hell”: a wall made of rocks and roots lying right before the Pippo Jump, which takes the athletes to the finish line after an endless 20-meter dive in the air. 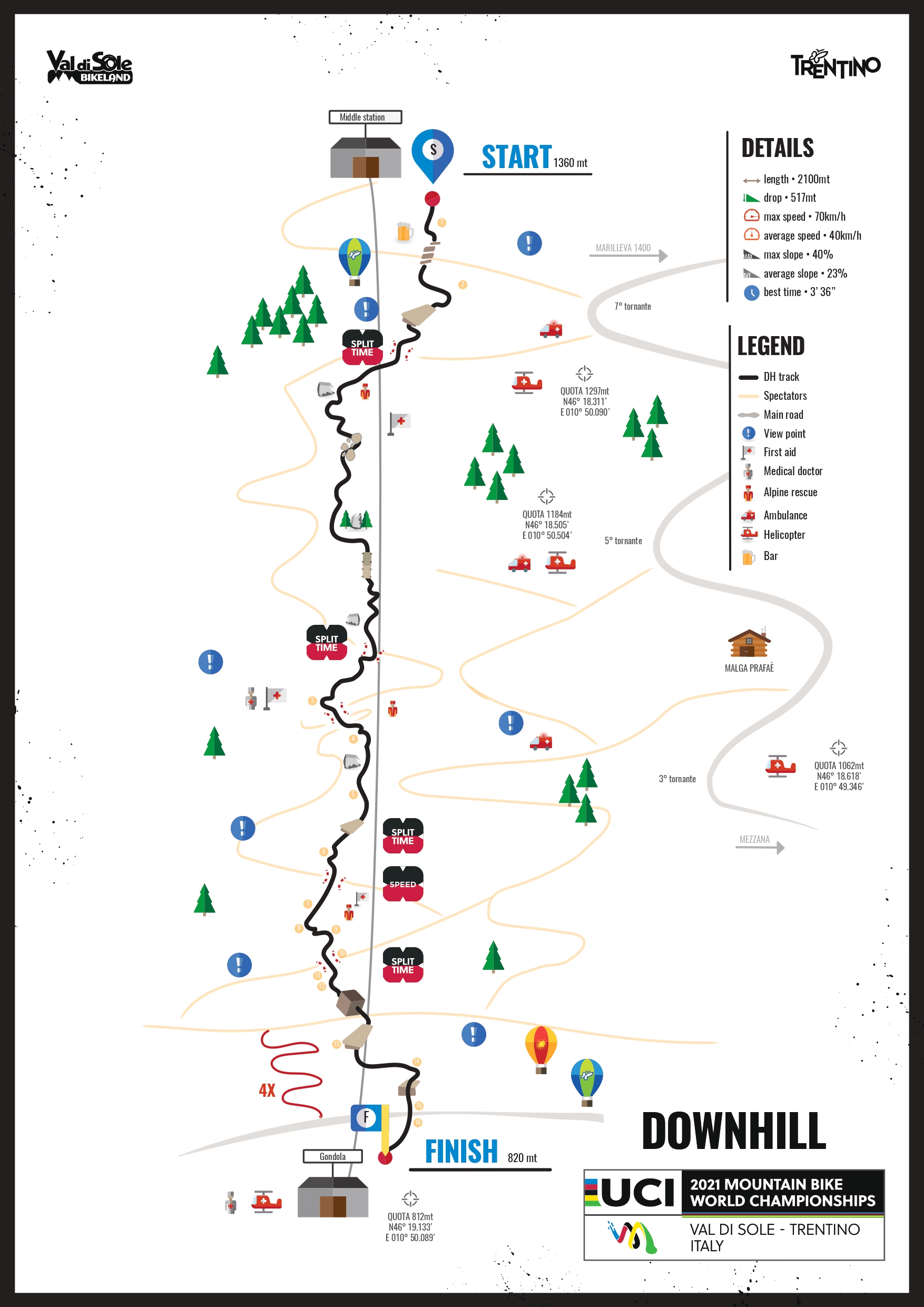 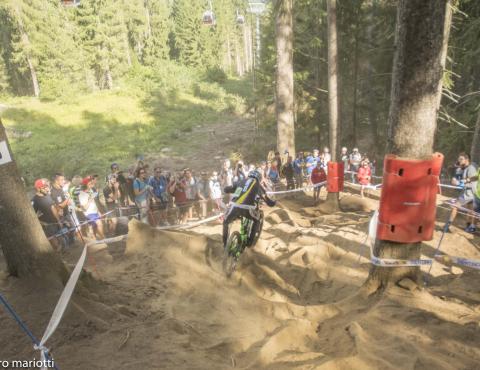 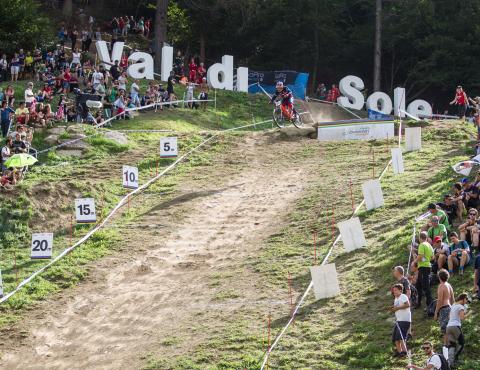 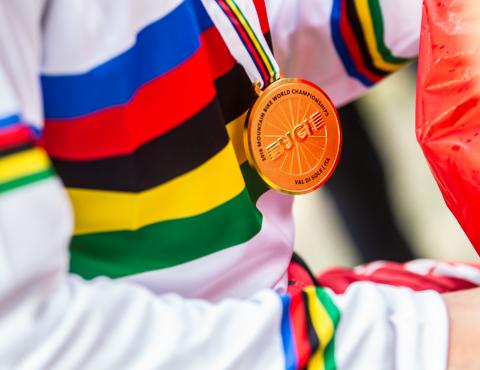 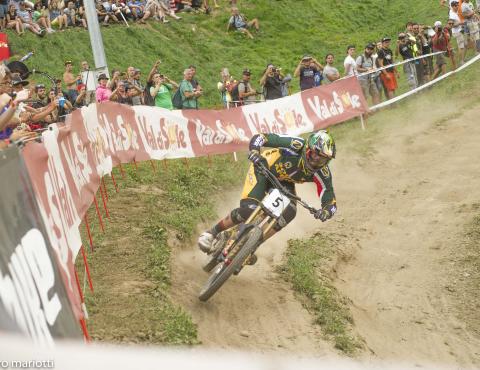